Two flee after Porsche crashes into taxi in Edgecliff

A man and woman are on the run after a Black Porsche Macan S allegedly ran a red light and crashed into a Taxi carrying 4 passengers.

The crash occurred at around 12.00am on the corner of New South Head Rd and Mona Rd in Edgecliff.

NSW Ambulance assessed the male driver of the Taxi and the four passengers, however there were no reported injuries.

Video was captured of a man and woman who fled the scene following the crash.

The Porsche which is estimated to have a value of around $100,000.00 was written off in the crash.

NSW Police called for a dog squad to track the pair, but despite a lengthily search they could not be found.

Police collected clothing and other belongings from the car for forensic analysis.

The car has been towed and will remain in the possession of NSW Police for further investigations.

Police have not stated if the vehicle was reported stolen.

Any witnesses to the incident are urged to contact Crime Stoppers on 1800-333-000 or make an anonymous report via www.crimestoppers.com.au 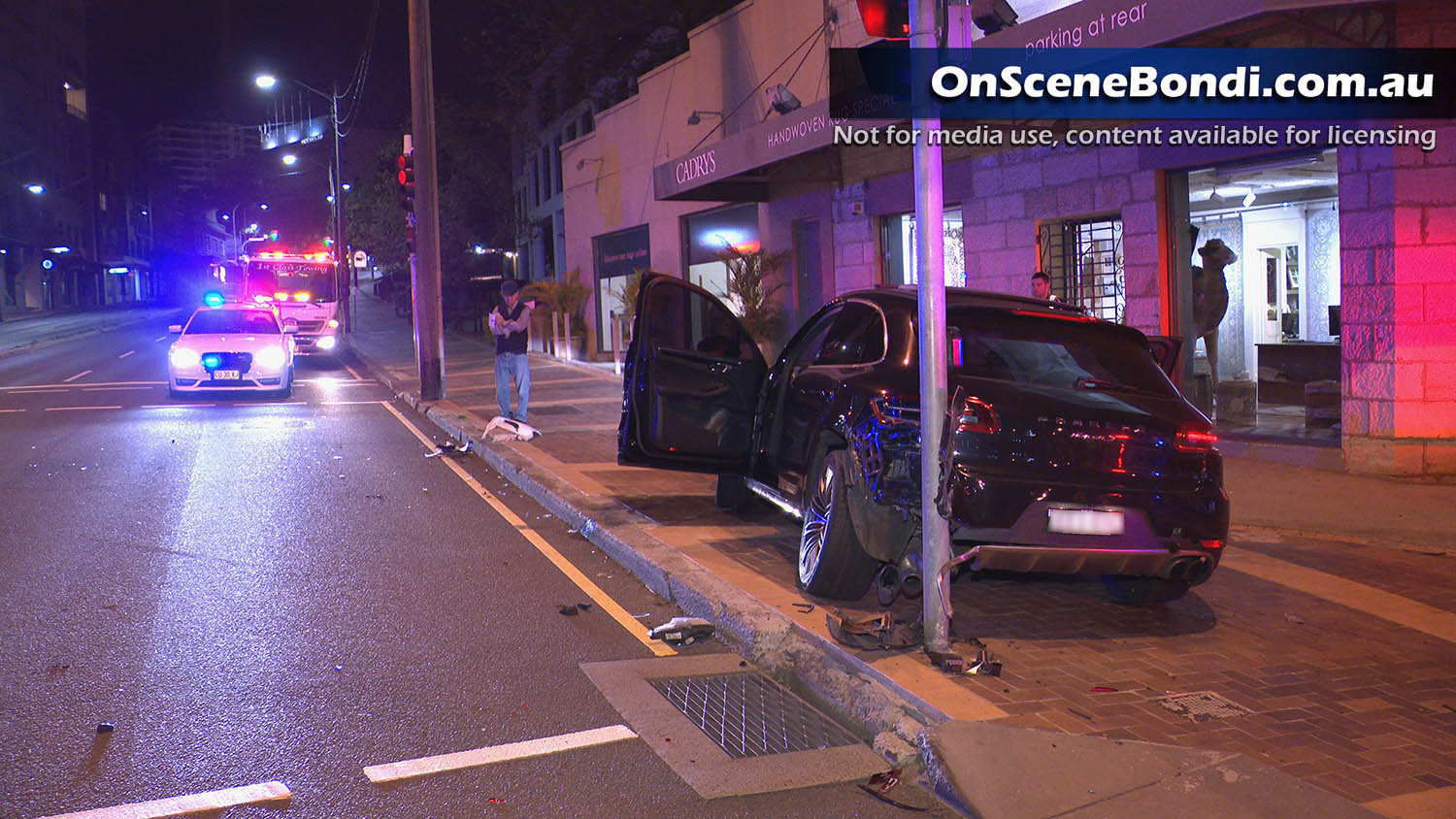 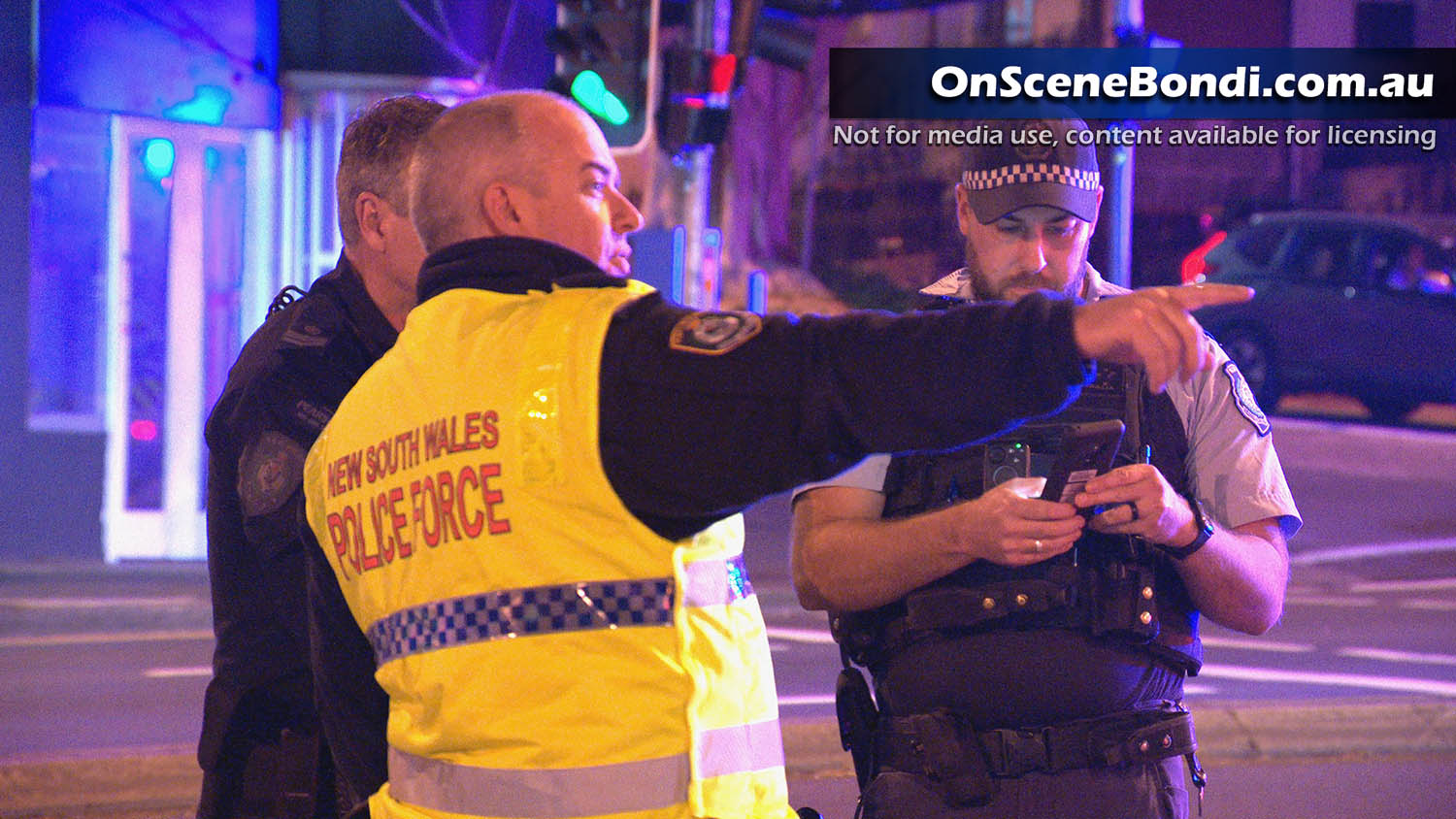 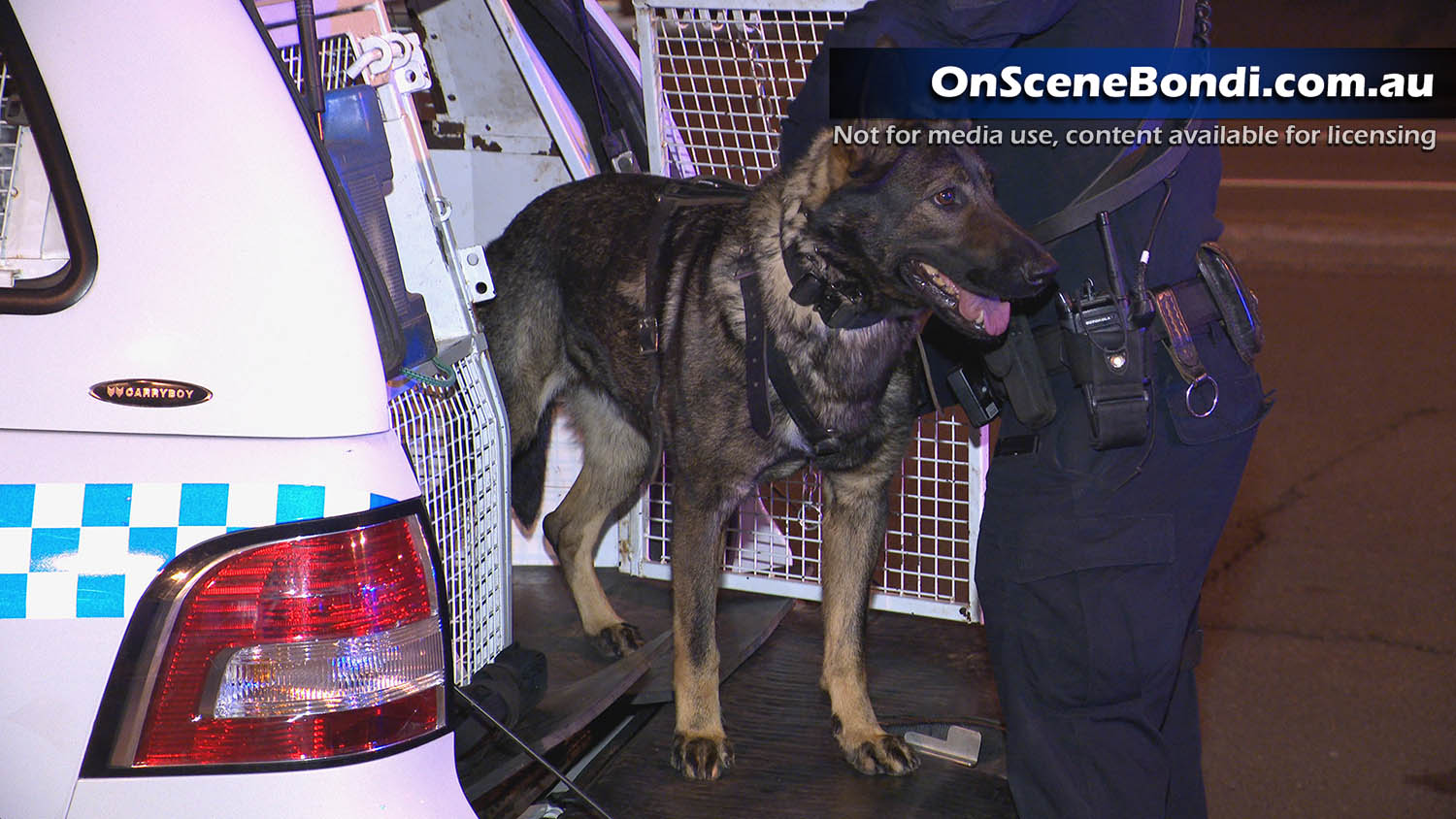 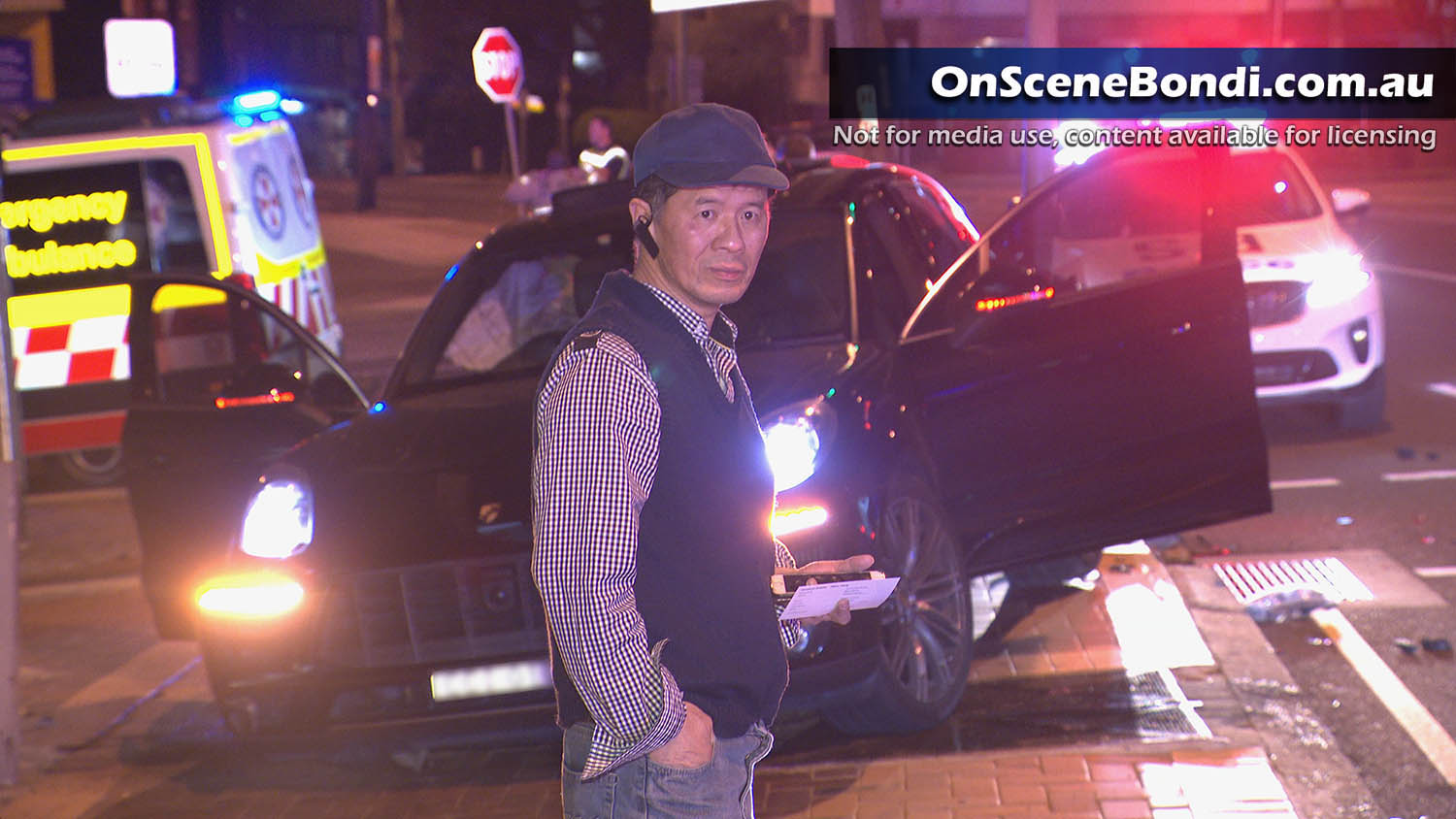 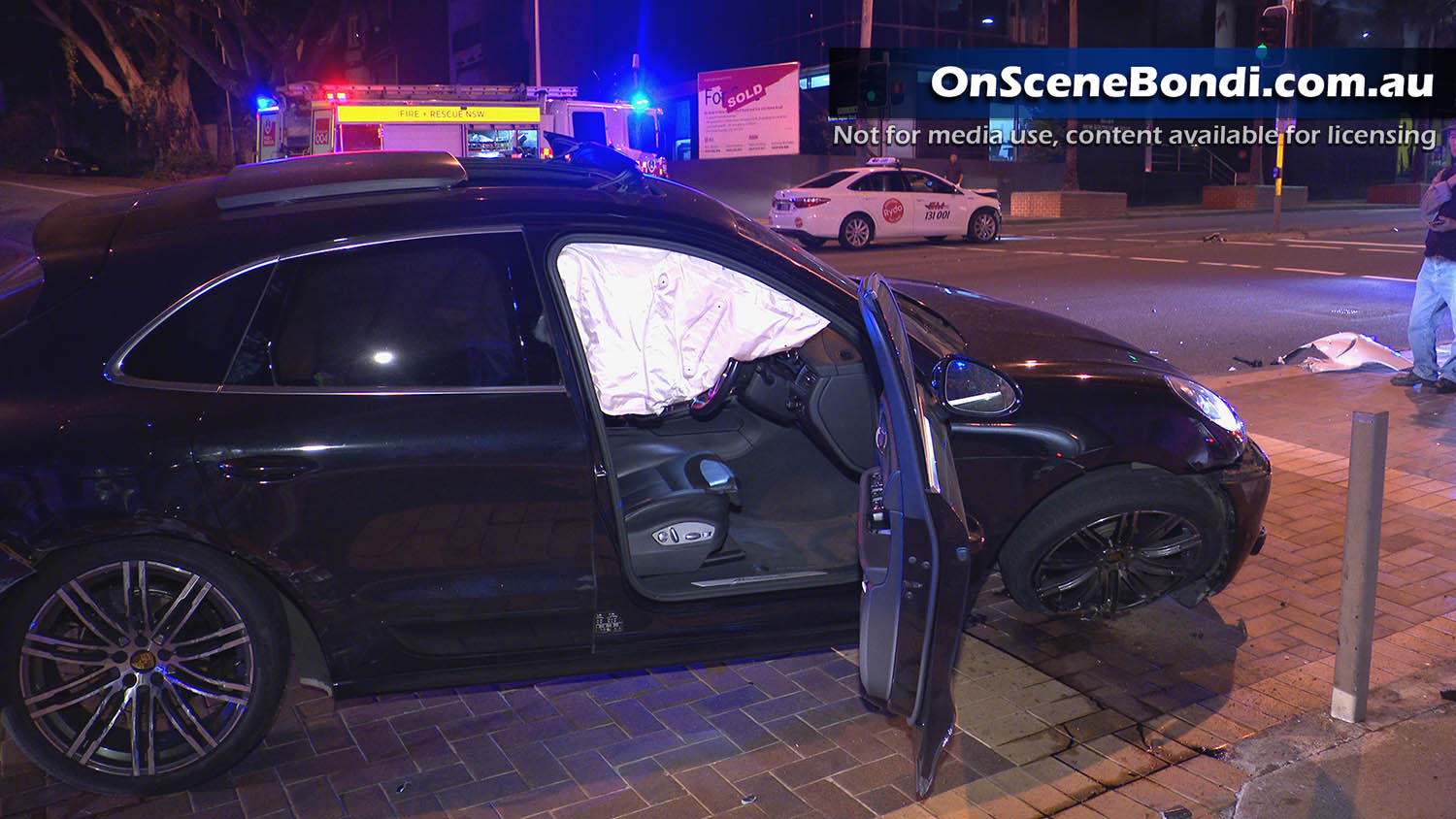 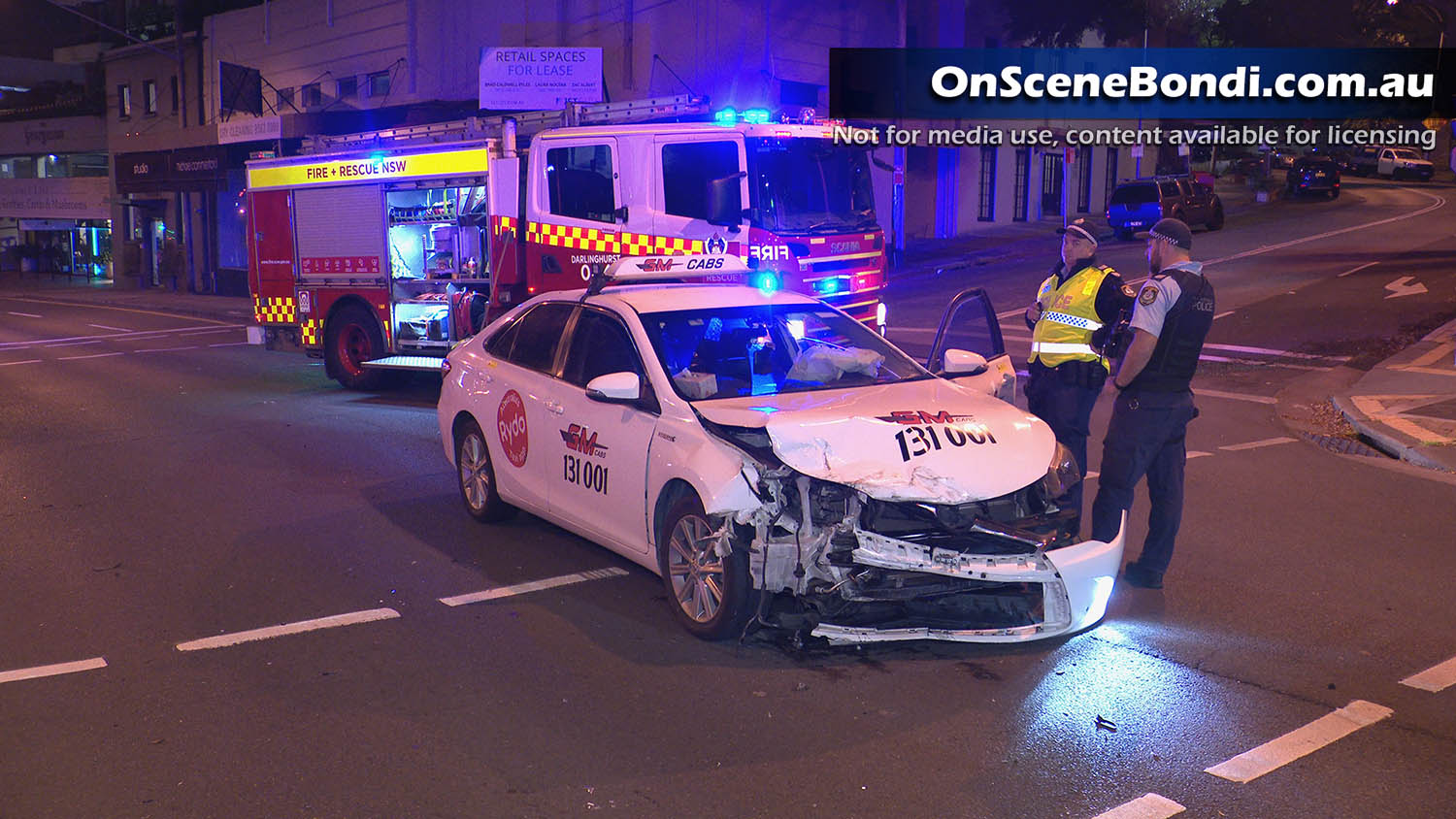 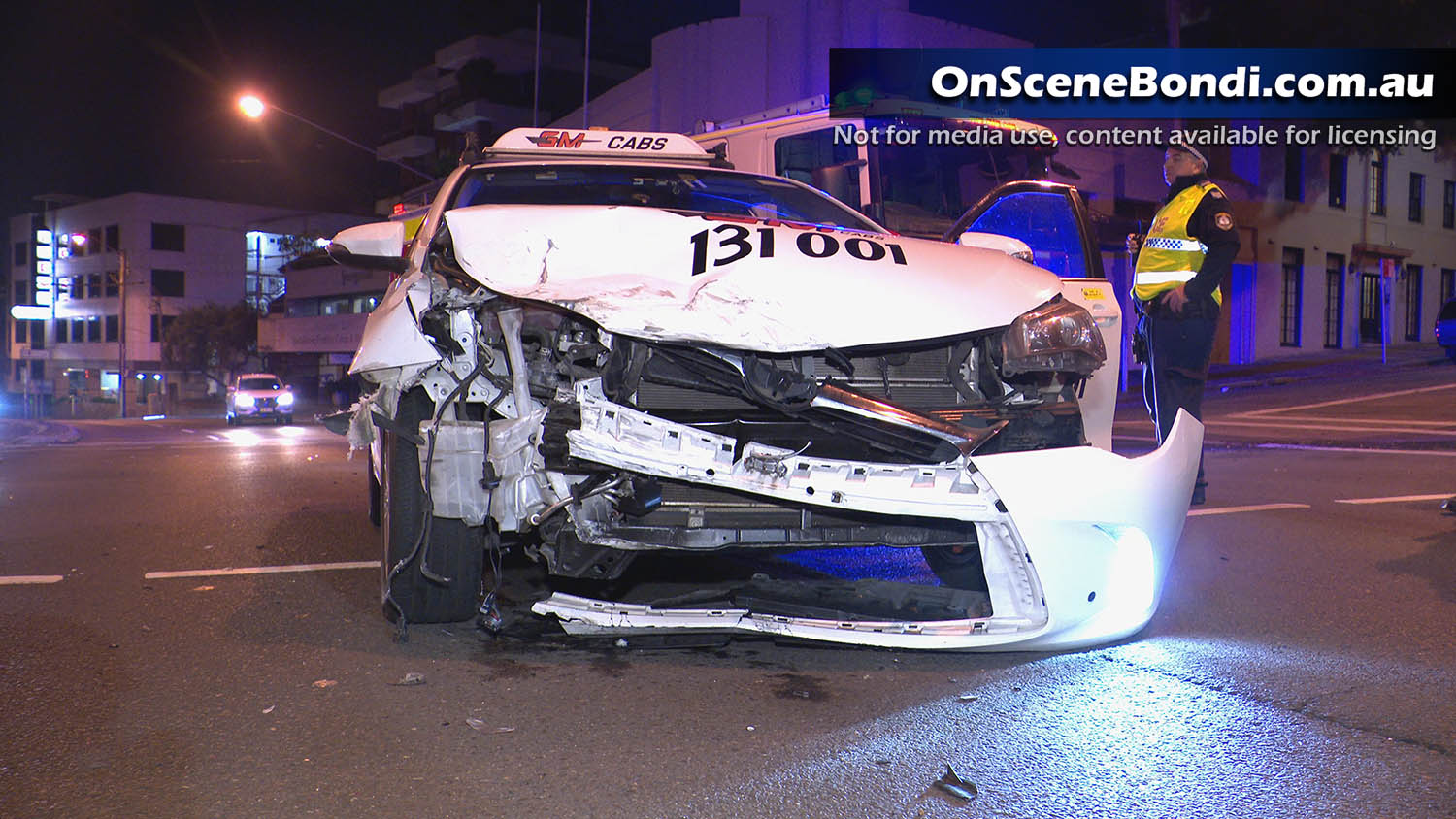 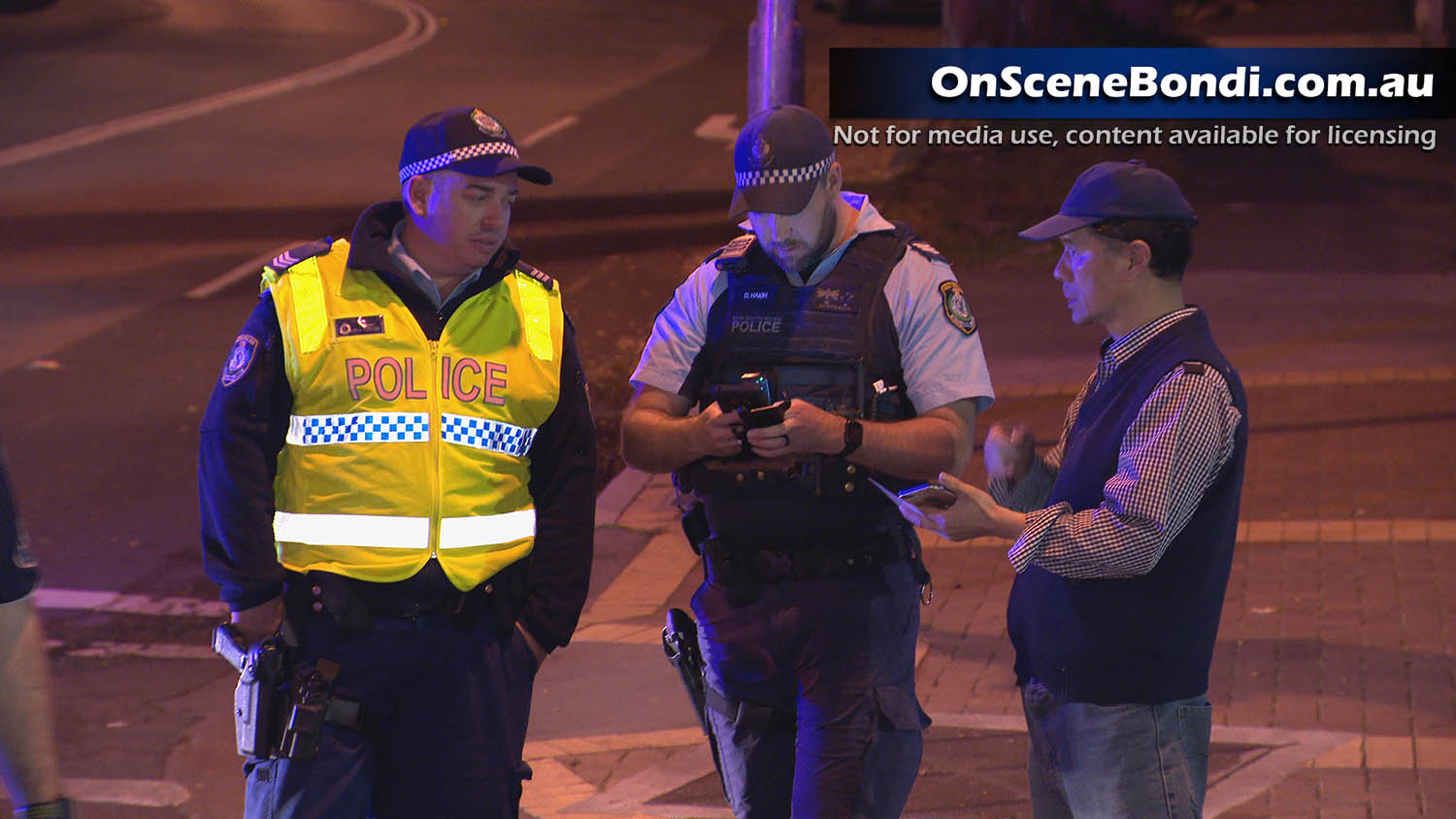 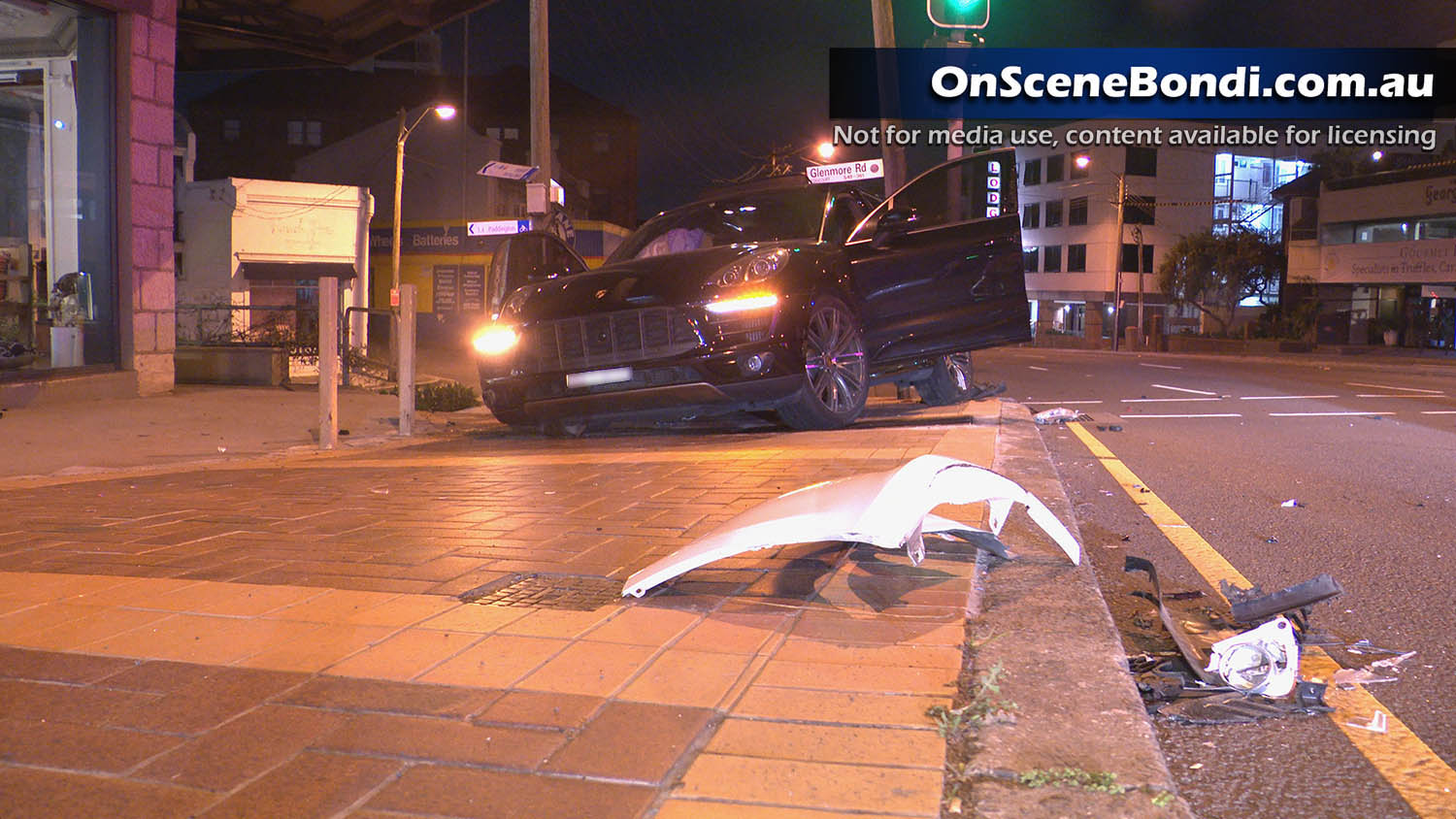 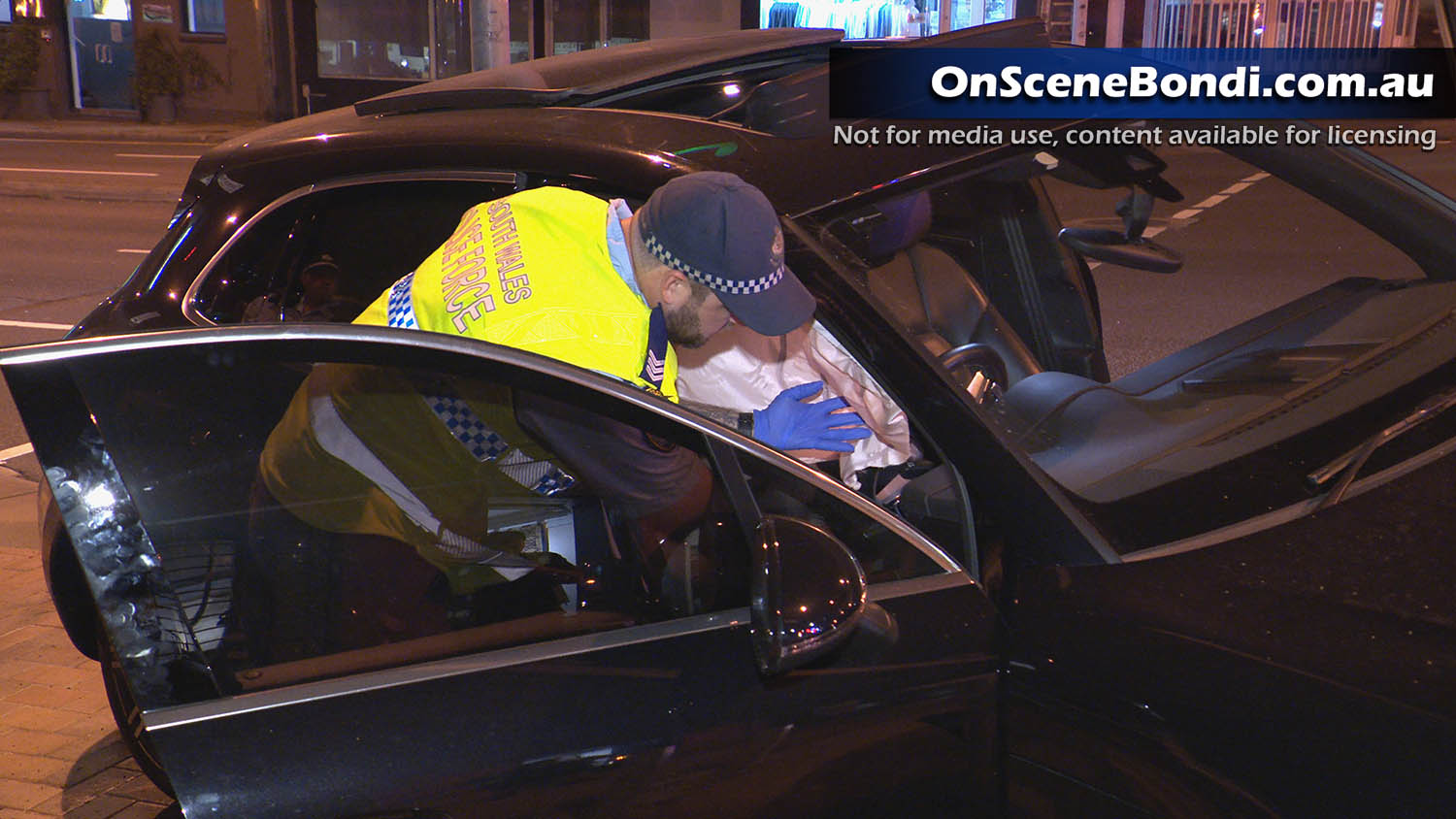 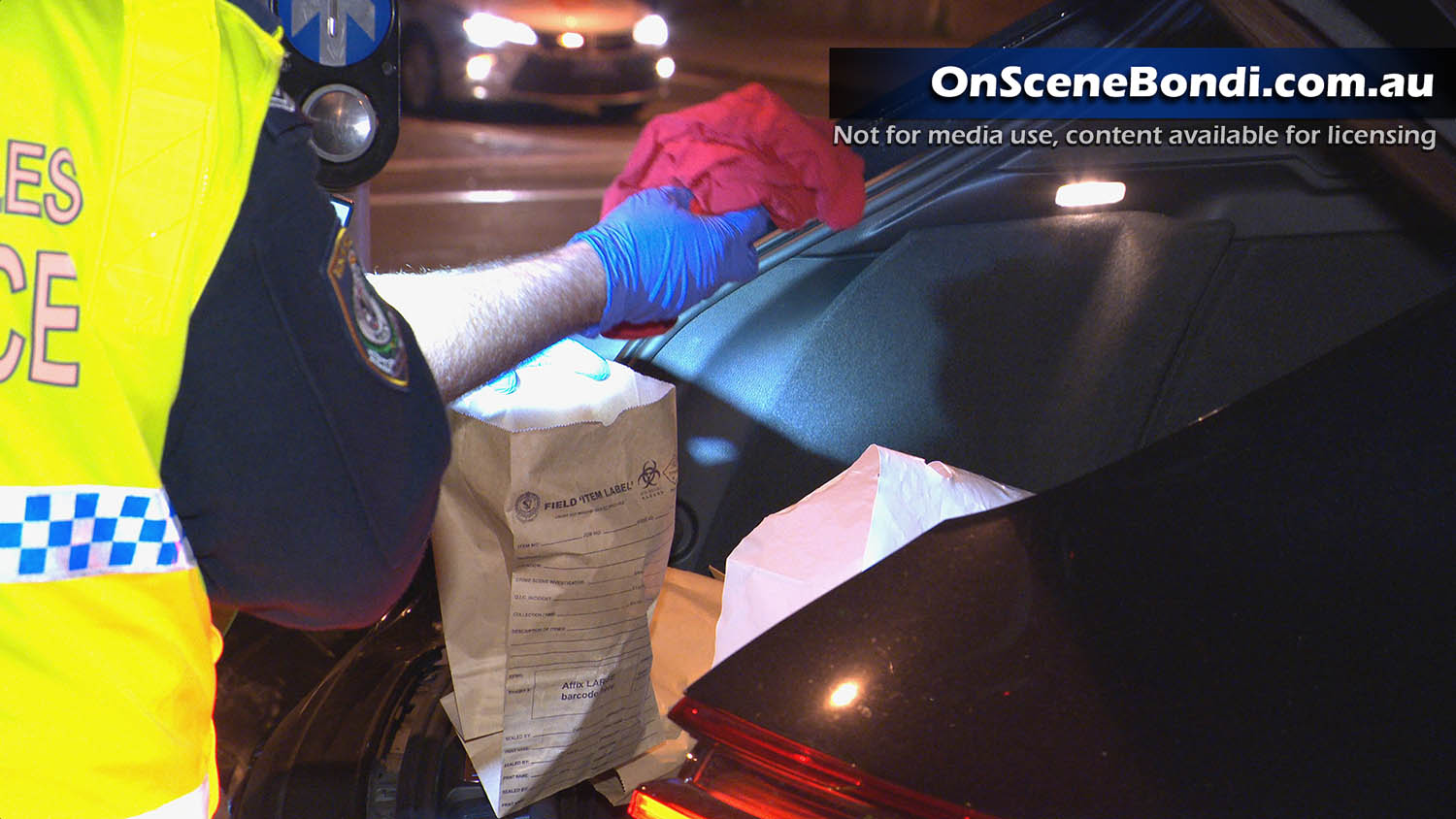 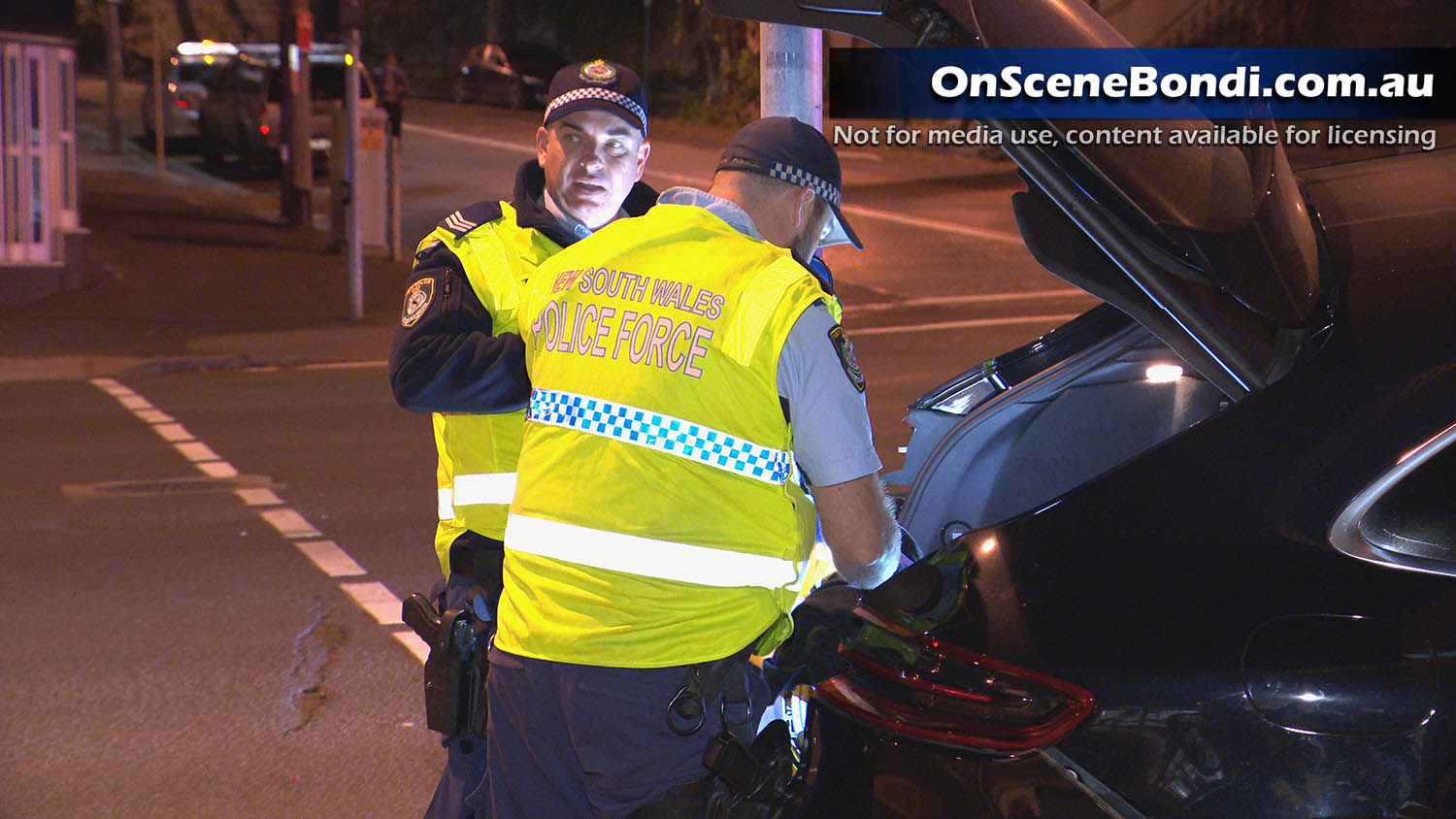 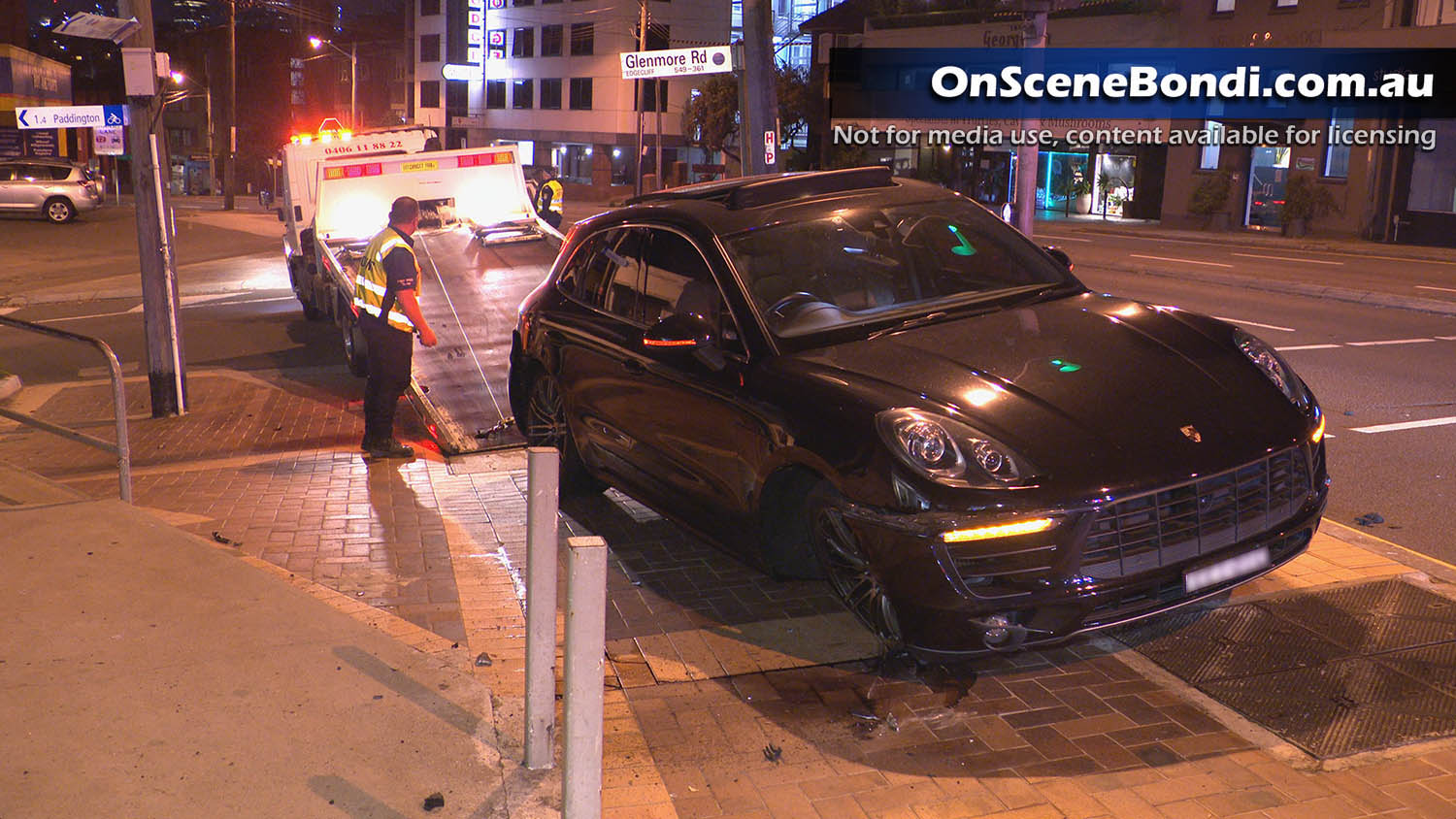 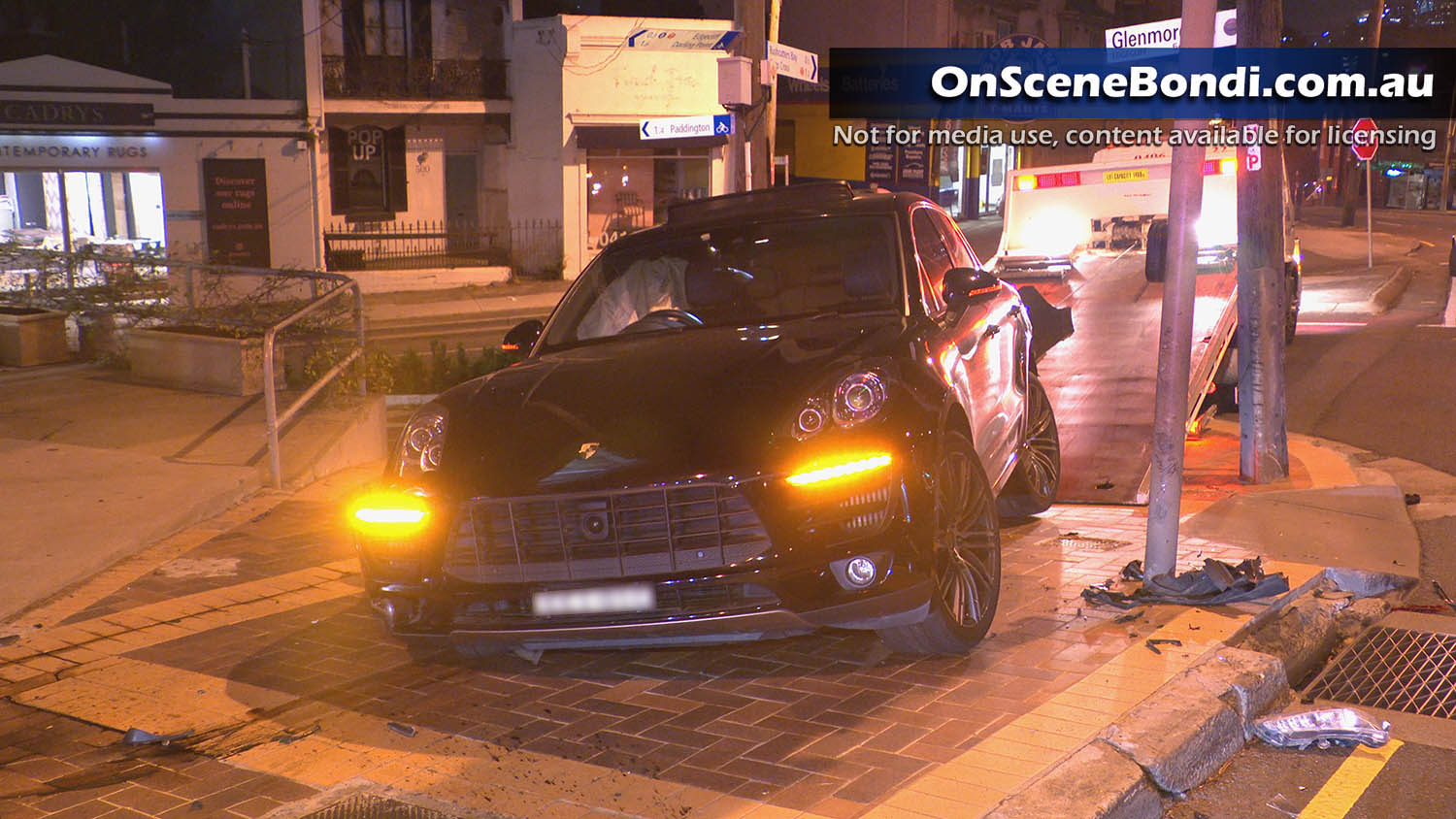 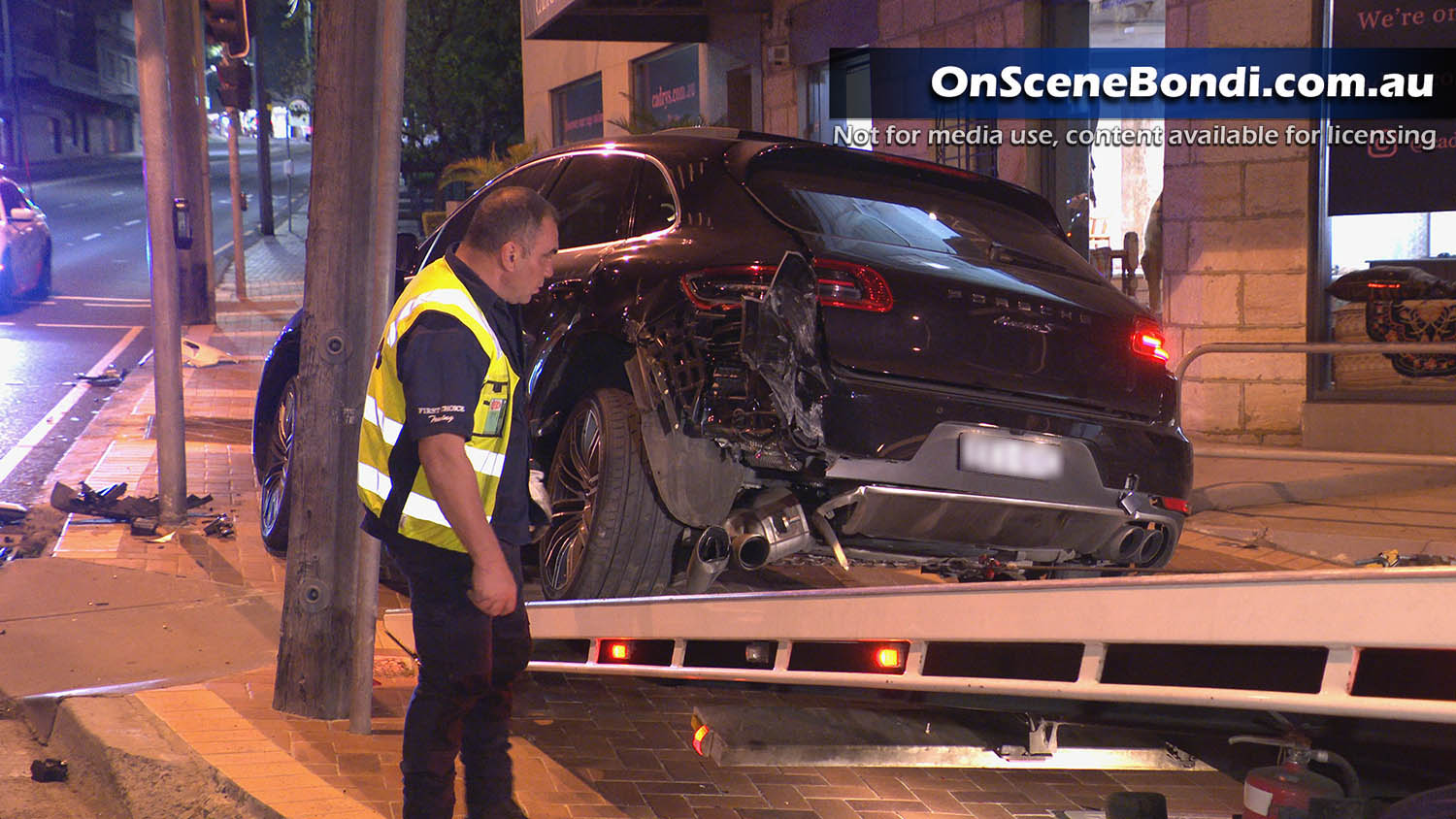